As life moves forward, it’s important to look back every so often. As a video production professional, that’s an interesting trip. After graduation from Va. Tech in 1988, I spent about a year working at Richmond TV station WTVR, running studio camera and floor directing. I also had the chance to accompany the commercial producers into the field as they shot and produced promotional and commercial TV spots. 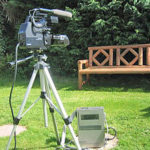 At the time video gear was very expensive—but also large, heavy and cumbersome. Lighting gear was too–and it was hot! Leather gloves were a good idea for adjusting lights, yet I never seemed to have any. And if a light fixture ever fell over, the carpet was toast–literally. And at the end of a shoot, we turned the lights off first, only to wait to pack them last after they had cooled.

In the fall of 1989 I accepted a position as video producer with a (then) large furniture company called Heilig-Meyers based in Richmond, VA.   I knew very little about furniture, except that you sat, slept and ate on it. The Heilig-Meyers Video department was started in the 1970’s by Richmond media icon Jerry Williams and until 2000, produced a video virtually every week. The topics usually involved training and human resources, and later, merchandising.

Since the internet was in its infancy, our distribution method was to ship a tape to every store, each week, no small task. A very large room full of VCRs and playback equipment was lined with shelves full of master videotapes. As the company went under most of those videos were lost or destroyed.

Admittedly, we produced some turkeys back then. 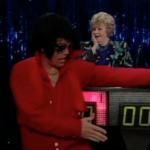 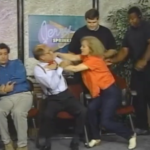 But we also had the opportunity, at times, to develop some clever scripts and challenge our ability to shoot and edit what we had written with little or no real budget. And we got to work with talented local actors. 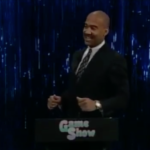 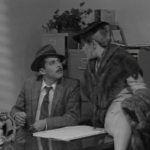 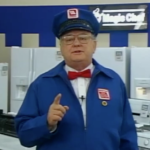 Thanks to all those Heilig-Meyers folks for the fun, the kindness and for helping a kid learn his craft—especially Roger Weinberg and Jay Leavitt.   Here are some quick excerpts of what I have left of those Heilig-Meyers videos, presented in stunning, historic “standard definition.”
I hope you get a chuckle and enjoy this look back.

And by the way, I know more about furniture now than I ever thought I would.